Kayah is the smallest state in all Myanmar and stands out for the great ethnic variety that lives in the area. It is estimated that there are between seven and ten native ethnic groups. Each ethnic group is known by its name and has differences and marked traditions. Women of the Padaung or Giraffe Women, as they are popularly known, may be the best known of all ethnic groups in this small state. They are native to Burma and inhabit a village near Loikaw, the capital of Kayah state. They differ very easily from the rest of the local tribes, by their elongated necks adorned with rings. These beads in the shape of a spiral that appear in the neck, are more than a sign of identity since according to some theories this tradition of decorating the necks began to avoid the bites of the tigers, other theories affirm that this adornment is an indicative of the Social position of its owner since in the past the hoops that looked were of gold.

But in addition to the great cultural attraction that offers the great ethnic variety, in the State Kayah stand out other significant places like Thiri Mingalapon Kyaung, old palace of king kayah; The Cathedral of Christ the King, built in 1939 or the unique Pagoda Thiri-Mingalar Taung-kwe Pagoda.

Ask for more information about the Loikaw extension and customize your trip through Burma.. 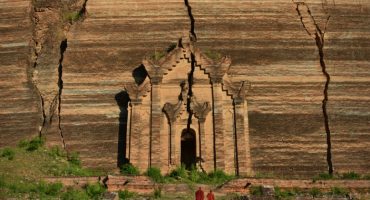 From Mandalay to Mingun 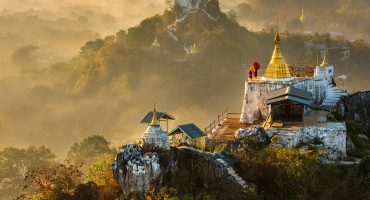 The new in Myanmar trips